This is who we are: 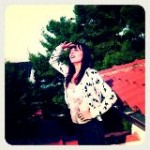 Myrto Papadogeorgou // born in Athens. She has a BSc in Communications & Society from the Center for Mass Communications Research of Leicester University, UK and a Master’s degree in Creative Documentary Filmmaking from the Universidad Pompeu Fabra in Barcelona, Spain.  She worked as a producer for various audiovisual productions in Spain and Greece until, in 2009. For the past 6 years she has been producing and directing projects that promote civic engagement, sustainability, innovation and positive change in all aspects of society.

George Chloros //is an audiovisual artist and videographer. He has a BSc in “Fine Art and Art Sciences” from the University of Ioannina in Greece and a Master’s degree in “Fine Arts with specialization in Digital Media” from the “Valand School of Fine Arts” in Goteborg, Sweden. He is mainly working with video-installations, while his main subject is human behavior and reaction, as well as, the human figure as a form.  He has shown his work in exhibitions and Biennials for young artists around the world. Now he lives in Athens, where he works as a freelance videographer, he is being artistically hibernating and he is looking forward to go and live back in Sweden. 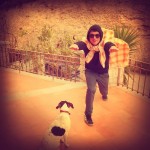 Nikos Konstantinou // sound recordist/designer and Foley artist. He has a BSc in Computer Science from Cardiff University of Wales and a Master’s degree in Audio Production from Westminster University in London, UK.  He works as a sound recordist and sound designer in UK and Greece in a variety of productions and film sets.

Marianna Christofi // lives and prospers in Athens, Greece. She studied Communication and Media as well as Cultural Studies in Athens and London. Since 2006 she has been working in media as a freelance editor and a press officer. She is co-founder at Frown Tails NPO. Her main interest is to explore the processes of immaterial cultural production here and elsewhere.

Alexandros Binopoulos // founder of TopCreations, a digital agency providing innovative mobile and interactive experiences. Since 2000 he has been involved in multiple web and mobile projects in all major sectors (finance, health, media, education etc), making use of the most up-to date technological means. He is interested in finding new ways where people can use technology to interact with each other in meaningful ways.
He also firmly believes that actions speak louder than words. 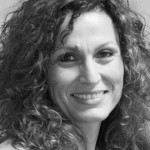 Elpida Markianidou // born in Canada. She studied Philosophy in Ioannina and Psychotherapy in Athens. She is devoted to life-long learning and her continuous personal development. She is currently doing further studies in the field of Cultural Management and Arts. She believes in people and loves to listen to their stories. That is one reason why she has been working in documentary research and production for the last 6 years. Meantime, she has been working in education, using art as an educational tool. She is convinced that human will and personal responsibility is the key for change and evolution. Music and dance is her passion.

Anastasia Komnou // embarks on every project with a fresh eye and an open mind. Her approach reveals simplicity and a clear purpose through elegant designs. Through the analysis of the context of a project and constructive dialogue with the clients, she aims to provide flexible and functional design solutions. She grew up in Athens and studied in London graduating in 2000 from the London College of Printing. She now lives in Paris and works with clients around the world. 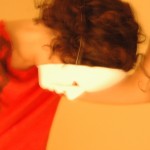 Zaira Konstantopoulou // was raised -and currently lives- in Athens. She studied Communication, Media and Culture as well as Anthropology in Athens  and London (UCL) and she specializes in New and Social Media. Nowadays, she collaborates with websites as a journalist and she teaches New Media Studies. She believes in action, traveling and she is determined to remain restless and always keep searching.

Xenofondas Dialeismas //  born and raised in downtown Athens. He holds a degree of  architecture from the University of Thrace, Greece and a Master of Advanced Studies degree on Urban Design from the Swiss Federal Institute of Technology (ETH) in Zurich where he worked on urbanization strategies for Brazil’s slums [favelas]. As a member of the ETH Urban Design team he co-wrote the book “Building Brazil! ”, got awarded in architectural competitions and took part in the exhibition “ Design with the Other 90%: CITIES” at the Smithsonian Cooper-Hewitt National Design Museum, New York. He has published articles on urban matters in newspapers and websites. At the moment is working as an architect in Athens. He dreams of changing the cities of the world starting from the one he loves most, his own.

Anastasia Melekou //  She studied Fine Arts and Art Sciences at the University of Ioannnina, Greece and has a Master’s Degree in Fine Arts with specialization in Digital Media of the Valand School of Fine Arts and IT University of Gothenburg, Sweden. Since 2006 he has been working as a freelance web designer and has exhibited her art in art galleries and festivals in both Sweden and Greece, focusing mainly on photography and interactive video installations.

Maritina Daskalaki // born in Chania, Crete. She lives in Thessaloniki and works as a graphic designer for Red Creative (http://www.redcreative.gr/) since 2006. She is also a dj and runs the music blog ‘higher-love’ (http://higher-love.net/). Maritina has designed our logo and stickers.

Chris Wheatman  // born in 1987 in Athens where he lives and works as a graphic designer. He studied Graphic Design, 3D Animation & Multimedia Production and Web Design. He has worked with advertising agencies and well known photographers in fashion industry but also with large publishing companies.

Diana Spathi // studied Film Studies & Graphic Design and Contemporary Textile Practices. She has been a part of various exhibitions and festivals in UK and since 2010 she has been working as a freelance retail designer & maker, photographer and translator.

Georgia Tsismetzoglou // born in Athens. She studied economics in the Technological University of Athens. In 2010 finished her Master in Creative Documentary in the University of Pompeu Fabra of Barcelona. She has participated in several seminars and workshops with influential directors. For many years she has worked as a producer for television, independent productions, and international documentary festivals. Today she is working as a freelance in audiovisual productions and in social media group projects in Greece and abroad.

Vasiliki Polychronopoulou // born and raised in Athens, she studied Translation and Interpreting at the Ionian University, Corfu. Since 2000 she has been working as a freelance translator, mostly in the field of audiovisual translation (well, subtitles). From 2007 she started working as a journalist and travel writer, collaborating with various Greek media. She’s an avid amateur photographer and has many plans that, for the most part, stay on paper.

Dimitris Achlioptas // born in Athens. For the past two years he has been working on a documentary project about local traditions in the island of Lesvos. He is a member of a group of young media makers working in film production in cooperation with Istanbul Bilgi University, and he is currently working on a short film project of anthropological interest entitled “Division 24”.

Christos Tsoutsias // born in Athens where he works as a filmmaker with a special interest in extreme sports.

Diana Spathi // studied Film Studies & Graphic Design and Contemporary Textile Practices. She has been a part of various exhibitions and festivals in UK and since 2010 she has been working as a freelance retail designer & maker, photographer and translator.

Alexis Melidis // born in London in a family with roots in Ireland, Russia and Greece. His main interest photographically is ‘life in motion’ and dislikes staged events. The fluidity of life and the challenge of giving context to fleeting moments, via composition of the visual elements, is the inspiration behind any project he undertakes. His photo-essay on the Ship Repair Zone (‘The Zone’) in Perama, Pireaus, Greece was shortlisted for the Athens Photo Festival 2012. 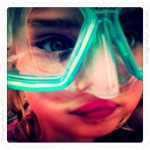 The European Documentary Network who believed first in this project back in 2009. The White Room Team who are always there when we need advice and equipment. Gia O’Grady // did the voiceover for the Playmobil Trailer. Loclann O’Grady //encouraged Gia to do it and arranged the recording of the voiceover in London. Peter Challis at A-Bomb studio // recorded Gia’s voiceover. Laurien Ten Houten //  always there to listen and help out. Daphne Tolis //walked the very first steps with us. Alexandra Saliba // helped with the creation of our Fix Tank // Mrs. Irene Gavala // accepted to award us with the DocOnAir 2010 prize at the Thessaloniki International Documentary Film Festival. Karl Emil Rikardsen & Vidar Nordli-Mathisen // the project’s first and greatest fans. Filmkontakt Nord & Hot Docs //organized docXchange in 2011 and convinced us of the power of cross-media. Dimitra Iakovidou, Vasilis Papadogeorgos & Leda Papadogeorgou // they love us unconditionally.